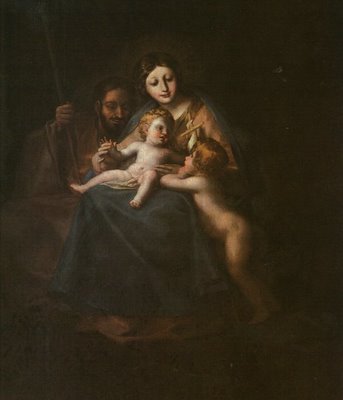 Come, let us adore Him

A Christmas Message From the Most Reverend John Hepworth
Primate of the Traditional Anglican Communion
EVERY now and then, an article appears that speaks of the Holy Land as a "melting pot of religions". This is quite a silly claim. The Holy Land
remains just as it was when Jesus walked its length and breadth. Each religion remains starkly clear and true to itself. Each religion continues to contest its claims.
So it was with the ancient religions that surrounded the People of God in Israel. So it was with the imported religions of the Greeks and Romans. So it was when the Temple was destroyed and Jerusalem was ringed with crosses, and the cry of those who fled to Masada was "No surrender!"
So it is now. The great religions of Judaism, Islam and Christianity remain at war in the lands of the Bible, as we who live elsewhere look on helplessly as historic hatreds flow over lands walked by the Son of God with His prophets and His angels. How used we have become to Bethlehem with guns and soldiers and barbed wire!
God came down at Christmas, and faithful shepherds heard the Christ child cry. Were they among the fist-shakers who passed by His Cross? Christmas, with its crib and its swaddling clothes, forces our minds from the baby to the purpose for which he came.
We must do two things this Advent and Christmas. In the first place, we must create in our inner lives, in our families, and in our communities of Grace, the peace "beyond all understanding" which is the gift to those who have knowledge of the Son of God. As the hostility of strange gods and false worship swirls around us again, we do not fight or bomb, but offer the vision of the New Testament: "See how they love one another!".
And in the second place, we must proclaim to those who still dwell in the shadows where God is seen dimly that there is a Light, illuminating the narrow pathway into the realms of God, and that Light is the Christ, the Son of God.
Those who live in the greatest darkness need His Light most of all. And we must be fearless in shining His Light in the darkest places. From the Baby of Bethlehem comes illumination in the things of God and the things of humankind. In a world that craves illumination, let us fearlessly sing to those who do not believe: "Come, let us adore Him!"
Ieva, Nic, Alex and Anna join me in wishing you a richly blessed Christmas.
+John