This is a copy of something I said in an email conversation.
One more thing everybody: The anti-vaccine argument for a new spin on “freedom” is basically, “I have a right to do what I want with my own body.” Unfortunately, the law of the land mostly agrees with you, just it agrees with the pro-abortion argument. But I say, it’s not just the woman’s body; it’s the body of another person, a dependent child, entrusted by nature and nature’s God to her care. Similarly, it isn’t just your body either. The life and health of your neighbor is a moral obligation imposed by the second greatest commandment of the Law. “Thou shalt love thy neighbor as thyself.” That you imagine that your selfish position, to further the spread of this contagion, is even consistent with Christianity tells me that you don’t even have a clue about anything to do with Jesus Christ and what He commands. As He said, “Woe to you scribes, Pharisees, hypocrites… blind guides that strain at a gnat and swallow a camel.”
Posted by Fr. Robert Hart at Monday, August 30, 2021 No comments:

On the Good Samaritan: Sermon after Collect, Epistle, and Gospel. Here is the link.  https://youtu.be/2-pBf3T2l_E
Posted by Fr. Robert Hart at Sunday, August 29, 2021 No comments:

For the Collect, Epistle, and Gospel, with a sermon, click the following link. https://youtu.be/HcQuXi4Wzt0
Posted by Fr. Robert Hart at Sunday, August 22, 2021 No comments:

ASSUMPTION OF THE B.V.M. AUGUST 15

For the propers and sermon CLICK HERE.
Posted by Fr. Robert Hart at Sunday, August 08, 2021 No comments: 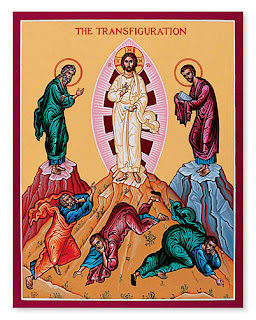 In the spirit of the Confessions of Saint Augustine, let me say that during a few years in my youth, I embraced a form of Protestant Evangelicalism. This was probably because the Episcopal priest who had prepared me for Confirmation, in 1971, drained the spiritual adventure out of Christianity. The Confirmation itself was quite a powerful experience; but the kind of rubbish that he presented for education as to what it was, and how I should respond to the grace of God given in the sacrament, seemed more a course in skepticism and almost agnosticism than in the Catholic Faith once delivered to the saints, and preserved and taught by the Church of the Fathers. The problem began when the very modern priest, all too typical of the 1960s and early 70s, told us that, really, there was no devil. It got worse as it went along.

When I came across people who took their faith very seriously, I was among Evangelicals in the Charismatic movement. And, though much was good, and the people were quite sincere, I found in those years that present in a certain kind of Protestant mentality, is a strong resistance to what they call "religion." These folks loaded the word "religion" with many negative connotations, depicting especially Catholics in many prejudiced ways; equating "religion" with superstition, or even with hypocrisy. So, if I sound a little hard on their way of thinking, please understand that my criticism is not without both charity and genuine pity.

Having been an Episcopalian since 1958, I grew up in a Church that was still Anglican, and that had quite a lot in common with the people that those friends of mine called Catholics, because, really, we are Catholic; that is, we believe in the Catholic Faith and the Catholic Church that we speak of in the Creeds. We have just said "I believe One, Holy, Catholic and Apostolic Church." We regard ourselves to be among the inheritors of that Faith and Church along with our brethren who are Roman Catholics, and Eastern Orthodox. Having been brought up in the sort of Anglican household that appreciated the continuity of the Faith with that of the ancient Church, it was only a matter of time before I would again hunger for that very thing that my Evangelical friends regarded with great suspicion, namely "religion."

When we look at the Gospel for this Feast of the Transfiguration, we cannot appreciate its depths if we fear those things which are specifically "religious" in its presentation. Christ our Lord was on the mountain, a place that for Jews symbolized the revelation of God, going all the way back to Moses. It was as He was in prayer that He was transfigured. This is very important. For, the chief reason why many of the Protestants I was close to, in my youth, would step away from their perception of "religion" had everything to do with a hesitation to embrace and love that most important of all doctrines, that central revelation of God, the Incarnation. I have said this before when speaking of the sacraments, specifically the Blessed Sacrament of the Altar, the Communion with the Body and Blood of our Lord Jesus Christ. In all of their very sincere love for Jesus, there came a point, nonetheless, when they had a very difficult time with those aspects of our faith that involve the senses of taste, touch, seeing, and hearing. Any honor given to the Blessed Virgin mother of our Lord was, for them, uncomfortable. They profess belief in the two natures of Jesus Christ, that He is both Fully God and fully Man in One Person; but in every practical way, they fear and step back from the full implications of what that means. They fear to come close, fearing all of the echoes and ripples of what it means that "the Word was made flesh, and dwelt among us." They confuse the implications of this, and misunderstand those things as if they were some sort of idolatry.

Please do not misunderstand me. They were, as I knew them, full of faith, and quite sincere. But I say these things for your sake, that you will never fear to embrace the saving revelation that "the Word was made flesh and pitched the tent of His human nature among us." I say these things so that you will be liberated in your heart and conscience to come close and touch Christ. I say this, because of how Saint John (one of those three apostles who are part of today’s Gospel reading) described what the Church truly is, and what it shall continue to be for all time until Christ returns on the Last Day. In the opening of his first Epistle, the Beloved Disciple wrote:

You see, the fear is that worshiping Someone Whom we see, and touch and hear must be some form of idolatry. Let me help you by being very clear. Once you know that Jesus Christ is come in the flesh, it is idolatry to worship only a god whom we cannot see. Idolatry is to worship the images we ourselves make from our own minds, and therefore, it is to worship a god who is not the One known by the revelation He gives of Himself. We, who would bow down at the feet of the Man Jesus, should He walk into this room right now, would not be idolaters. Our God is not confined to heaven. The true God revealed Himself, most perfectly by taking human nature into the Divine Person of the only and eternally begotten Son of the Everlasting Father.

This is why we are not afraid to, as the hymn says, "touch and handle things unseen"- nor even to look upon visible things that both effect and signify what is invisible. We are not afraid of holy water, or visible reprentations such as icons and crosses. We do not treat the Blessed Virgin Mother, through Whom God the Son recieved His human nature, as some sort of outcast. Furthermore, we know that the bread and wine that will be placed upon this altar today, will be taken into the Person of the Son of God, and given back to us as "the spiritual food of the most precious Body and Blood of...our Saviour Jesus Christ." And, as the Apostle John wrote, we will look upon, and our hands will handle the Word of Life." In this way, you will have fellowship with the Church of the Apostles, and in that fellowship you will have fellowship with God the Father and with His Son Jesus Christ, "that your joy may be full."

On the Mount of Transfiguration, which Saint Peter called "the holy mount"- itself a phrase showing the effect of the presence of the incarnate Lord upon all creation- what the apostles saw was not actually the Divine Nature itself, because that remains invisible to the eyes of every created thing. What they saw was the Shekinah, the manifest Glory of God. They saw a manifestation of our ultimate hope, theosis. They saw that human nature itself is transformed by the presence of God; a certain kind of blindness, that protects the eyes of our yet fallen and imperfect humanity, was removed for a brief glimpse of deified human nature. Christ’s human nature was revealed to be glorious, because in His Person he is fully God. Because of God's human nature in Christ, our transformed and resurrected human nature is destined to be glorified by grace when we partake of the divine nature, as Saint Peter wrote earlier in the same epistle appointed for today

In the Transfiguration of our Lord we see our hope, and we see why we need have no fear of death. Christ let His disciples see why His coming death should not fill them with dread. How strange that in this scene, while shining with the light of His glory, the Lord speaks to Moses and Elijah about the death He would accomplish at Jerusalem. Notice, His death would be His own to give. This was Luke’s way of telling us the same thing that John tells. No Man took His life away; He laid it down freely, and freely took it again. In speaking of His death to Moses, Christ showed that He was going to fulfill all the Law, and be the One Who dies for us that our sins could forever be taken away; that in dying He would fulfill the types and shadows of every sacrifice ever offered on the Old Testament altars. In speaking with Elijah, He showed that He is the fulfillment and subject of prophecy itself. It is He of Whom Moses and the prophets spoke. And, in this scene on the holy mountain, it is He of Whom the Father speaks: "This is my Beloved Son; hear Him."

And now, unto God the Father, God the Son and God the Holy Ghost, be ascribed, as is most justly due, all might, majesty, dominion, glory and power, now and forever. Amen

David Virtue's interview of Yours Truly

The Trumpvangelicals had been people afraid of their own shadow. Instead of seeing themselves as an occupying force ("Occupy until I come"), instead of realizing that it is the powers of darkness that tremble because we are "terrible as an army with banners," that we, armed with the Gospel, are the superior force, they chose to live in fear of unbelievers. They might think they need a "Messiah like Cyrus" to save them. But I don't need any Messiah other than Jesus. I guess that makes me more like the Canadian and European Christians, and more like our [American] minority Christians.
Read it here
Posted by Fr. Robert Hart at Thursday, August 05, 2021 No comments:

For the propers and sermon CLICK https://youtu.be/iQwOI-FvKsQ.
Posted by Fr. Robert Hart at Sunday, August 01, 2021 No comments: