Why I Want to be Left Behind 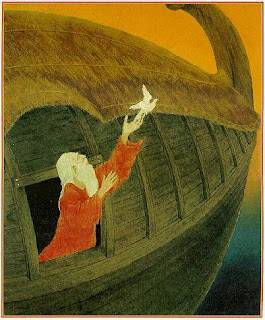 Christian faith is based on the ultimate act of divine intervention in the world, the Incarnation. That it should, for some, produce “other worldly” systems of thought, ought to strike us as scandalous. It is the accepted view of the major traditions of Christianity that the Gospel is not compatible with a view of God that makes Him indifferent to human affairs. The mission of the Church is to spread the Gospel of the Kingdom of God to all peoples of the earth. Unless we believe that “the earth is the Lord’s, and the fullness thereof (Psalm 24:1)” nothing in the classic message of Christianity remains coherent. How then can we make sense of a popular view of eschatology in which the Church Militant becomes joined with the Church Triumphant at any time prior to the Eschaton, any time before the Last Day?

This is a problem with the Left Behind series of books by Tim Lahaye and Jerry B. Jenkins, and now movies, which continue to be produced. Being aware of the eschatology that is behind these novels, I cannot blame only the authors themselves for the banalities and deficiencies that underlie their work, nor for its moral short sightedness. The title comes from a very poorly written song that confuses eschatology with dystopia, recorded in the 1970s. The refrain was “the Son has come, and you’ve been left behind.” This refrain is loosely based upon a text of scripture:

The problem with the meaning given by the Left Behind mentality is that it ignores the very context. Who is taken and who is left? The words about the Flood ought to clue us in to the proper interpretation. The Flood took away the sinners to their destruction-indeed, it “took them all away”- and left behind the family of Noah, who were safe in the Ark. This fits better the allusion to the 37th Psalm by our Lord: “Blessed are the meek, for they shall inherit the earth (Matt. 5:5).” The gathering of the eagles over the corpses, as repeated in the Book of Revelation in a summons to feast upon the flesh of the damned, comes from Old Testament prophecies of God’s judgment. The vision of Ezekiel, in which the angel marks the servants of God to be spared, should come to mind as well.

The obvious meaning of scripture, and how it is completely lost by the Left Behind version of eschatology, is only part of the problem. On a deeper level is a problem quite radical indeed, which is the nature of the Gospel and of the Church to which it is entrusted. The Church is the extension of the Incarnation of the Lord into human history, and it is through that Church that salvation is proclaimed and administered. Yet, what is the attitude, and the psychological disposition, created by the belief that prior to the actual Second Coming of Christ, all genuine Christians will be carried away and the earth left destitute? The Gospel and the sacraments would be taken away with the Church. This piece of quasi-science fiction replaces the Body of Christ, which received the Holy Spirit on the Day of Pentecost, with a confusing mixture of “completed” Jews and of angels.

Will Catholics be Left Behind? By Carl Olson (Ignatius Press, 2003), builds a hypothetical question into its title, and presents a good apologetic for Traditional eschatology. A second reasonable question is, “why would they wish to be left behind?” Or, for that matter, why would any serious Christian- Catholic, Orthodox, Anglican or Protestant- want the Church to be taken away from the earth while the mission is incomplete? And, from whence does this view arise? Is it compatible with the Incarnation, and everything that flows from it? The attitude produced by the Left Behind expectation – a problem far older than production of the series – is something less than fitting for Christians about the world in which we live, and in which the Son of God was born, lived and died, and rose again.

To begin with, the mission of the Church is universal. The many passages of scripture about the preaching of Gospel and its place in eschatology, reveal that the Body of Christ is on this earth in order to bear fruit in every nation. This is summarized in Revelation 5:9: "And they sung a new song, saying, Thou art worthy to take the book, and to open the seals thereof: for thou wast slain, and hast redeemed us to God by thy blood out of every kindred, and tongue, and people, and nation…"

Aside from this, however, is a deeper problem of attitude. Is the desire to escape the world consistent with the virtue of charity? And, is the belief in the Rapture, as an event while human history is yet incomplete, something that destroys the Christian sense of responsibility? Does it make us more like Saint Paul who felt obligated to every man, or like Cain who asked, “Am I my brother’s keeper?” Do we feel the duty of being the Light of the world and the Salt of the earth, if our highest view of the future of the Church is expressed in a bumper sticker that says, “In case of Rapture the driver will disappear”? (Presumably, his disappearance will result in a collision that might kill a lost soul or two, and send them to Hell. But, to put it a bit crudely, no skin off the driver’s nose.)

Stunning indeed is the willful ignorance that this attitude creates concerning the persecution of the Church in history and in current events. Early in 2005, I met Coptic Christians seeking asylum in the United States. They had grown up in a country, Egypt, where the mass killing of Christians was a routine way of life. But, western Christians, living in safety and even luxury, can speculate endlessly about some future time called the “Great Tribulation." And, they presume that they are going to be spared this tribulation due to their faith in Christ. What is difficult to understand is why they seem either unaware of, or indifferent to, the cry of the persecuted Church in many lands. Do they imagine that the Christians who have not been spared persecution, who have lived in some cases for centuries enduring tribulation, are less favored than they?

And, is this attitude consistent with the belief that the material world has been invaded most graciously by the Word, through Whom it was made? Perhaps in a certain kind of Gnostic thinking, the abandonment of the world by God is only fitting. Taking away His saving presence, by His Spirit in the Church, makes perfect sense if the world is essentially evil, the creation of a lesser god who imprisons men in matter and time. At some point, it is not a very difficult idea to leave something that is less than pure because it is less than spirit, and fly away to Heaven. This Gnostic alternative to a firm belief in the Incarnation cannot help but entertain and please those itching ears that have never really heard the words of Genesis 1:31: “And God saw every thing that he had made, and, behold, it was very good.”

In history it is the Church that has proclaimed salvation in many nations, and that has created true civilization in the process. The advancement of every science, including medicine, and the greatest achievements in the arts, have been fostered and refined due to its influence. Without a belief in the goodness of creation, no matter how distorted by sin, and in the Incarnation as the central revelation of God to man, it is not likely that any of this would have taken place. Or, to put it positively, all of the great advances of civilization owe their origins to the work of faithful Christian missionaries. But, the world, without the Incarnation, is dystopian. And, such a world is fit only for destruction, and to be abandoned in some sort of spaceship, flying away to a better world. How fine if that spaceship is piloted by God, and every true believer can be beamed up.

But, as one who sees around me a world full of people lost in sin and death, who need the word of the Gospel so they can believe; who sees around me the glory of the Lord filling the earth in defiance of evil; as one who hopes that our presence as the Body of Christ, and Christ’s presence in us by His Spirit, and by His sacraments, makes the very ground we walk upon holy, I do not want Scotty to beam me up. And, when I consider that those who are “taken” are like the sinners destroyed in the Flood, and those who are left are, therefore, like the family of Noah that was saved by being in the Ark, only one conclusion makes sense: I want to be left behind.

They also completely miss the point that the Book of Revelations is a book of hope and assurance, not a book of fearful predictions. To me the true message of Revelations is that Christ is the King of Glory, and that no matter what tribulations we may endure as Christians, Christ will reward us for taking up our cross and following Him.

In the worst case scenario, books such as the "Left Behind" series might possibly be purposeful attempts to make the authors very rich men.

Wow, whatta super blog! And what a sense of humor. If your readers would love to laugh and cry, I would suggest the following web items by historian Dave MacPherson, which can be found by Googling, Yahooing, or maybe Yodeling: "You May Be A Rapture Redneck...," "An Exciting Day at Rapture Bible College," "Pretrib Rapture Diehards," "Deceiving and Being Deceived," "Famous Rapture Watchers," and "The Rapture Index (Mad Theology)." M.A.

Thank you, Fr. Hart, for the fine critique of radical eschatology. Like you, I want the Church to remain active on earth until the return of our Lord. I have always viewed Pre-Millennial, Pre-Tribulation eschatolgy with a jaundiced eye...

This is wonderful, Fr. Hart. Call this a Trackback on "Prydain."

Thank you, Fr. Hart, for this.

Since I do have an evangelical Christian in my Bible Study group who rants on and on about the Rapture, this article of your will has given me a sorely needed fillip!

Fr. Hart,
You've put into well-reasoned words much of what I've been saying much more clumsily for a long time. Years ago I bought into the scheme of rapture theology, but gradually came to recognize what radical disrepect for Scripture itself is shown by that line of thinking. If you would prepare this piece in tract form, I believe it would be a valuable addition to literature racks everywhere.

I want to be "Left Behind" too, especially after reading the common sense here. An excellent teaching, Robert Hart.