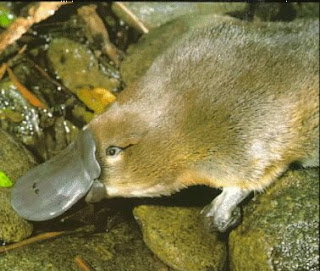 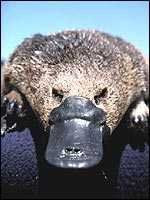 Hank Hannegraaff is a Christian radio talk show host who has defined "the Protestant Faith" as sola scriptura, sola fide and (exactly as he put it) sola Christi. (That last sola is, of course, simply Christian; it is not specifically Protestant.) By this odd definition definition Anglican Traditionalists are not Protestants, since we hold only to the clearly intended meaning of the last sola, as do the Roman Catholics and the Orthodox. We do not hold to the kind of new subjective "private interpretation" kind of sola scritpura that Mr. Hannegraf undersatands, though we hold to scriptura as the Word of God that can be understood only within the Catholic Tradition. After all, the Bible is the book of the Church, and God used His people to write it and recognize it. Along with the Papal Encyclical Dominus Iesus, we join the Roman Catholics in the simple proclamation about the scriptures that "these books have God as their author." But, sola scriptura removes the scriptures from the only context in which they can be understood truly and rightly. Sola fide is, in his world of revised definitions, impossible for one reason: It does not exist, except in the very frightening way described by the words of Saint James: "Even so faith, if it hath not works is dead being alone." ( Jas. 2:17 ) As Saint Paul tells us: "And now abideth faith, hope, charity, these three; but the greatest of these is charity." ( I Cor. 13:13)

But, is Hank Hannegraaff's definition of "the Protestant Faith" to be taken as, well, definitive? What, in heaven's name, is Protestantism? Our host, Albion Land, asked this question in an earlier blog, only to receive this predictably bull in a china shop remark from the Reformed Catholicism blog: "What made me laugh was the fact that they were surprised to be called 'Protestant' by Roman Catholics. But in fact, Anglo-Catholics–no matter how close they feel to the theology of Rome–are Protestants and it is this fact that makes part of their position so untenable from a Reformation perspective." Of course, had they read what he actually wrote just a bit more carefully, they may have saved themselves the embarrassment of, once again, completely mis-stating the position of Anglo-Catholics.

The question is, how does one arrive at the conclusion that our blog is a Protestant blog? Within Anglicanism the words "Protestant" and "Catholic" are used often to mean "High" or "Low", by which measurement we are not Protestants. But, from the perspective of a Roman Catholic we are Protestant because we are Western Christians who are non-papal. However, from Hank Hannegraaff's perspective we are not Protestants because we reject two of his solas- as defined by ultra modern Evangelicals that is. Perhaps the real problem is trying to define the word "Protestant."

I replied to the Reformed Catholicism blogger as follows: "A valid question was raised about the usage and definition of a word so widely applicable as to mean everything from anything to nothing." I meant that exactly as I stated it. Since Billy Graham the Evangelist and John Spong the "Christian" Atheist are both Protestants, the word has nothing to do with articles of Faith. We are left with a very reduced product, a definition in strictly negative terms, and lacking the beauty of apophaticism: "Some kind of Western Christian (from real to sort of) who is not a Roman Catholic." There is no Creed for Protestants, but rather an anti-creed: "I do not believe in Universal Jurisdiction and Papal Infallibility." Of course, a Hindu can say that too. Well, along with the Hindu, we can say this anti-Creed; and along with Pentecostals, Baptists and Methodists this makes us Protestant. However, we can say this with an Orthodox Christian, but he is not a Protestant though he shares this one point of unbelief as a belief. It boils down to this: "Protestant" is hardly a useful term, and one that we can dispense with. It says nothing about what we do believe.

Now, to our Reformed Catholicism blogger friends and to the more militant Roman Catholics in Blogger land, we Anglican Catholics are quite a puzzle indeed. The same problem exists for strict Darwinists when they attempt to place a Duck-billed Platypuse into an existing paradigm. It lays eggs and has a beak, so it must be a bird. But, it is furry and nurses its young, so it must be a mammal. It lays eggs but has no wings, so it is a reptile. But reptiles have no fur. Why don't we just eliminate all of the platypuses for convenience? Failing that, let us make fun of them all for being so obviously stupid that they cannot admit that they are birds, or planes or superman, or a whatever the hell they are.

Not really a propos, but I read this just last night and couldn't resist. Let's see if I can recollect correctly:

Charismatic Pentecostals lift a man out of the gutter

Baptists give him shoes

Charismatic Pentecostals lift him out of the gutter ...

That platypuse analogy is great! I will have to remember that one.

I bet you've never got close enough to a platypus to know whether you'd like one or not. You should be careful before you insult other countries' native animals. Of course, you can say what you like about possums--they are driving us crazy in the suburbs.

Not only do I like platypuses, but I am a sort of platypuse. We are to ecclesiology what they are to zoology.

"Perhaps the real problem is trying to define the word Protestant".

Anyway, I just hope I didn't make the things "worse".

They're poisonous too you know, but they're not snakes, scorpions or jellyfish.

Pop into a room of them and shout Sola Scriptura and find out!