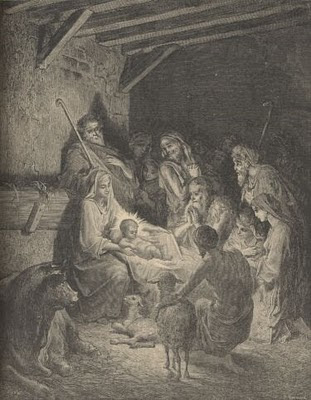 The generation I belong to was very quick to use the word “peace” and to use symbols of the idea of peace as a greeting, or as a protest, and sometimes even as a reason for hostility and violence. In many ways the people who were young during the Vietnam War were a reflection of an earlier generation that had lived through World War I. Because of its abhorrence of war, that generation came to be typified by the weak image of Neville Chamberlain stepping off the plane after it returned from Munich, waving his paper signed by Hitler, and bragging that their agreement was “peace in our time.” The highest ideals are easily shattered because, by themselves, they are not strong enough to stand against the reality of evil. Chamberlain’s ideals made him weak, and that weakness was the cause of the War that soon enveloped Europe and most of the world, a war that may have been prevented if Churchill had been in charge. As long as mankind lives subject to sin and death, we have no reason to expect the kind of peace that the youth of the 60s, or that Neville Chamberlain, envisioned. For true peace to prevail in the world, we must wait for the Last day when Christ returns in glory and brings His kingdom. And the reason is simple: Mankind is fallen and sinful. 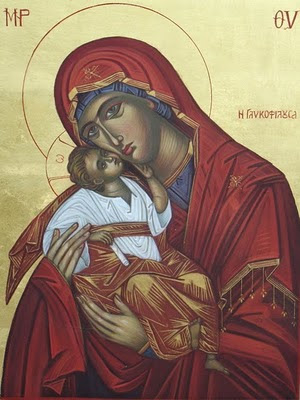 So then, what is the meaning of the song of the angels on that first Christmas? What did they mean by the words “Peace on Earth; Goodwill toward men”? Looking back at World War I, the president of the United States was sure that his League of Nations (which was rejected by his own country) would be the answer to all of the world’s problems of war. He even went as far as to say that he, President Wilson, would succeed where Christ failed- since peace among nations had not been established by the ministry and life of Jesus. That is not only a tragic commentary on the weakness of idealism, but also on the foolishness of bad theology. The answer to President Woodrow Wilson’s statement is two fold: 1) Christ did not come to establish some political worldly peace among nations, and 2) it is a blasphemy to say that Christ failed at anything. He did establish the peace that was his mission; the angels were right. For the real war that afflicts the human race is the war between man and God.

Only in light of His coming death years later, could the angels speak that night of “peace on earth, goodwill toward men.” They did not say “goodwill among men.” They said “goodwill toward men.” The picture of Noah’s sacrifice bringing a promise of survival for humanity now takes on the beginning of fulfillment. This peace is with God, an end to the warfare caused by sin and death; the goodwill comes from above undeserved to fallen mankind. On Christmas “the babe, the world’s Redeemer first revealed His sacred face.” We feel joy at seeing this great love whereby God the Son, the creator of all life, one with the Father and the Holy Spirit, is revealed in human flesh in great humility as an infant of a poor family, so poor that a manger is his bed. Yet, in the midst of this joy we know that He came to bear the cross. And, by bearing the cross He would be the true sacrifice for the sins of the world, the sacrifice to which Noah’s offering, and the later offerings of the Old Testament priesthood on the altars of the Temple, bore witness as mere types and shadows of the reality. The night in which the angels sang their praise to God and spoke of peace is answered by another night- “the night in which He was betrayed.”

On that night he would establish the Church’s Eucharistic sacrifice that speaks even louder and clearer than the Old Testament types and shadows on blood stained altars; for the Church’s altar, on which nothing is slain, is mystically joined to the cross upon which our Savior died, and therefore joined to “his one oblation of himself once offered, a full, perfect, and sufficient sacrifice, oblation, and satisfaction, for the sins of the whole world.”

The Peace of which the angels spoke is best understood with words by Saint Paul, in his Epistle to the Church at Rome: “Therefore being justified by faith, we have peace with God through our Lord Jesus Christ: By whom also we have access by faith into this grace wherein we stand, and rejoice in hope of the glory of God (Romans 5:1,2).” The coming of Christ into the world brought this peace- peace with God; his second coming will establish the fullness of a peace that lasts forever, because there will be no more death, neither sorrow nor crying, for the former things are passed away. Of His government and peace will be no end on the throne of David. His government as the eternal King will bring peace because sin and death will be no more. For now, however, we are offered the gift of being reconciled to God through Jesus Christ. Our hope for eternal life is directly bound up in how we respond to this gift, made available to us only by means of His death and resurrection.

In all of this we see that God does not deal with us as our sins deserve. If we must cast aside our hope in the best idealism that fallen man can muster, it is for a greater hope, a love that exceeds the story of every romance ever written. It is the love of God for the undeserving children of Adam, benevolence extended where wrath is deserved, immortality where death is justly due, the joy of God’s kingdom where Hell was earned. This hope for all who will believe and repent, purchased by our Redeemer’s shed blood, sealed by His resurrection and trampling of death, is peace with God. This is the song of the angels: This is “Peace on Earth, goodwill toward men.”
Posted by Fr. Robert Hart at Thursday, December 24, 2009