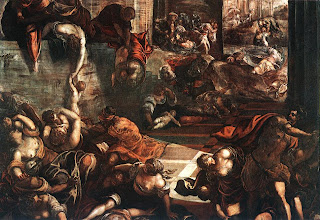 The two readings go so well together. What is the psalm?