English, how she should be spoken

Agathe Christie's famous Belgian detective, Hercule Poirot, once told his associate, Captain Hastings, that the book that had helped him master the tongue of his new country, England, was English How She Should be Spoken. I wonder if, should such a book really ever come into existence, it would include that one element of most languages that English does not have. That element is a wide use of gender, giving almost everything anthropomorphic character; or at least, in the Greek sense, animation. Ah, but English, she does not have much use of gender. Funny, then, that the word "gender" haunts us constantly. No doubt, young people today are trying to determine if such a term as "gender intercourse" might apply to the art of copulation. These poor uneducated youths, suffering the deprivation of this, the age of higher illiteracy in which a college degree may soon come to indicate the opposite to what it did in my day, are exposed to applications that ask for name, age and gender, and to a social ideal of "gender inclusion." 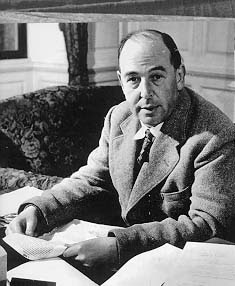 What is equally sad, as we lament the deprivation of the young, is that the paradigm that has made C.S. Lewis understandable to civilized people everywhere, when he made reference to a ball as a meaningful symbol of the Church in its liturgy, is vanishing from their sight. Fundamental to understanding his well known essay, Priestesses in the Church 1, is his ability to move from sex to gender, and back again. If the distinction in meaning between these words is forever lost, we are left with something more profound than merely a linguistic shortage. Gone, as well, is the oft symbolic but necessary distinction between masculine and feminine, leaving us with male and female only. The deep psychological needs of human beings, endowed with intelligence that creates a myriad of complexities, require symbols of important realities. These symbols are both social and spiritual, and therefore take on a great deal of importance to human psychology, which might try to hide from reality on many levels, but cannot ignore it at the deepest level. Not only does God "desire truth in the inward parts 2," but so do we; in fact, to avoid madness, we must have it, if only under every dream and fantasy as the safe foundation.
Our age has acquired a level of equality between the sexes, and that equality is both a gain and a loss. In his essay, Lewis mentions what we have gained (which has advanced in the years since his writing):

"We have discovered in one profession after another that women can do very well all sorts of things which were once supposed to be in the power of men alone. No one among those who dislike the proposal is maintaining that women are less capable than men of piety, zeal, learning and whatever else seems necessary for the pastoral office."

"The point is that unless equal means 'interchangeable', equality makes nothing for the priesthood of women. And the kind of equality which implies that the equals are interchangeable (like counters or identical machines) is, among humans, a legal fiction. It may be a useful legal fiction. But in church we turn our back on fictions. One of the ends for which sex was created was to symbolize to us the hidden things of God. One of the functions of human marriage is to express the nature of the union between Christ and the Church. We have no authority to take the living and semitive figures which God has painted on the canvas of our nature and shift them about as if they were mere geometrical figures."
And, using the word "masculine" that applies to gender, rather than "male" that applies only to the physical dimension of sex, Lewis makes a profound point with his customary genius of light reading but heavy thinking:

"But it is an old saying in the army that you salute the uniform not the wearer. Only one wearing the masculine uniform can (provisionally, and till the Parousia) represent the Lord to the Church: for we are all, corporately and individually, feminine to Him."

The entire essay is built upon the thesis that male and female are shadows of a reality deeper than what our eyes behold. They remind us of many important theological facts. They remind us of the relation between God the Father and the creation that He spoke into existence; our Scriptures never mention a goddess who gives birth to the world, but of the God who is Father and begets the universe by speaking. Our scriptures have, in the books of the prophets, the God who is husband to Israel and calls his people to fidelity. Our scriptures bring all of this into the sharpest focus by teaching the mystery of Christ and the Church, that our Lord is the Groom and the Church is His bride.

Our age has seen certain things happen simultaneously. How can we miss the connection in time and culture between them? The new idea that women can be "priests" comes at the same time as these things, but some Christians naively consider it mere coincidence. As radical feminism has increased, and girls are given neutral, or even masculine, names in place of feminine names (names that, as my fellow Touchstone editor Anthony Esolen has noted are "stolen" from boys, specifically names ending in "son," such as "Madison"), the images in everything from action movies to video games show women in masculine clothing (over obviously female bodies), in traditionally masculine roles. They carry swords and shoot bows that, if real, the actresses would not have the strength to carry, let alone use. These women are everything from pirate ship captains to space warriors. The leading men, instead of employing enough honor to protect them and insist that they stay out of danger, lead them into battle, respecting not their equality as persons, but their fictional (and fictitious) interchangeability as fighters. Leading ladies in fiction have been replaced by leading sluts, not loved for their feminine beauty and personhood, but taken to bed simply for their bodies. The modern actress is supposed to unclothe herself as a star of "soft porn" rather than playing the ideal woman who is loved by the hero.

In real life young men no longer have the sense that gentlemen treat ladies with deference, because that would violate the interchangeability of false equality. Romance has given way to animal passion, not as the anticipated beautiful experience of the wedding night, but as the anticipated consummation of every first date. The "liberated" woman is free to be abused as never before, to take the burden of disposing of the fruit of her womb, rather than at least expecting a man to do right by her. As women have been "liberated" from traditional femininity, they have been subjected to the abuses of mere sexual distinction that even animals make. No wonder they have become so outwardly promiscuous, since they cannot dress like ladies, be treated like ladies and given all of the symbolic, but psychologically necessary attributes of a well mannered distinction that treats sex as a profound type and shadow of spiritual reality.

We need to understand these things, partly to learn all over again the true human need for a ball. English has little use of gender, at least in so far as "how she should be spoken." But both the realities and needs of psychology and the revelation of theology must have it.

You have touched upon a profound reality: that the current social program deliberately to confuse biological sex -- male/female -- with grammatical (and, now, linguistic) gender -- masculine, femine -- is, at bottom, an attempt to confuse our understanding of our relationship to God.

It had never occurred to me in an obvious way until I read your essay, but I now see something I had previously but dimly perceived in absurd concepts such as "trans-gendered". That is that the promotion of "gender" as a mutable, unstable, and voluntary attribute is fundamentally related to a return to an hermaphroditic pagan pantheon.

Thank you for this insight.

John, I agree. And the attack of academics, feminists, and gay activists on the priesthood is really an attack on Christ, our Great High Priest.

Concerning equality and interchangeability: I value my legs equally, but that does not mean I would be happy to have two left legs.

BTW English as she is Spoken (I believe that is the correct title) was once in the possession of a Tunisian friend who lived in Paris. It was quite a gem and truffled with amazing gender attributions to all sorts of neuter objects. If memory serves Marabout published it in the 50s.