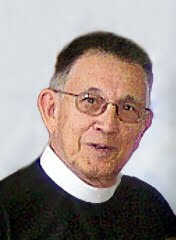 Today's Epistle is the concluding paragraph of Paul's Apostolic Letter to the Churches in Galatia. Here he sums up the entire argument of this controversial letter. In Galatians Paul had to confront a faction within the Christian community which believed strongly that it was necessary for all Christians, even non-Jewish Christians, to persevere in the observance of the Old Testament ritual law. This came to a head over the necessity of circumcision for male converts.

There were various reasons of tact and diplomacy why such a practice seemed appropriate. But Paul, to his eternal credit, recognized that to compromise on this point and require Christian believers to adopt Jewish ceremonies would throw the Gospel itself into jeopardy.

The Gospel, after all, Paul taught, was not about ceremonies, rituals, or preserving an ethnic culture. The Gospel is about Jesus Christ, the free grace exhibited in Him, and the power of God incarnate in Him. The heart of the Gospel is (of all things!) the Cross—the bloody event in which Jesus died to pour out His life as a sacrifice to pay our sin-debt, satisfy the justice of God, and reconcile us to Himself.

Reading between the lines in this passage we can detect that the Judaizing Christians, Paul's opponents, were anxious to minimize the place of the death of Christ in their version of the Christian message. The crucifixion of Jesus was for them a scandal, an embarrassing episode, something to be ashamed of. This attitude has persisted through the centuries. It is very much with us today.

Thanks to Paul and the message of this Epistle, some of our most glorious hymns echo the words, “God forbid that I should glory, save in the cross of our Lord Jesus Christ.” What the unbelieving world finds disgraceful and disgusting, the Christian holds as precious. What the unregenerate man considers a sign of weakness and humiliation, the Christian sees as the mighty act of God. What the lukewarm Christian takes to be of secondary importance, the devout believer holds to be the source of his eternal life.

Paul concluded this letter, “For I bear in my body the marks of the Lord Jesus.” The death of Christ has benefits for the believer, in which the believer is united to Christ, made a part of His body and a partaker of His death. As believers are made one with Christ, so Christ becomes visible in us. That is the “new creature” which we become. LKW

* * * The Prayer Book, as a rule, uses the Authorized Version (commonly known as the Kings James Version) for the Epistles and Gospels. But today (in the American BCP, edition 1928) it departs from this habit and turns to the Revised Version, an almost forgotten translation published in 1885. The outstanding characteristic of that translation was that it made changes only where real errors had been detected in the older version, but retaining the traditional language and style. The RV and KJV are so similar that few people have ever noticed the substitution. But when we notice that "Take therefore no thought for the morrow" (KJV) has been replaced with "Be not therefore anxious for the morrow," (RV) the change becomes obvious.

The selection we read today comes from the portion of St Matthew known as the Sermon on the Mount. It surely seems like a collection of sayings which the Evangelist himself grouped together. But a powerful unity holds this passage together. We are told, to begin with, that "No man can serve two masters." The parting shot is the command "Seek ye first his kingdom, and his righteousness."

"No man can serve two masters," which sounds like a commonsense observation, turns out on reflection to be Jesus' reiteration of the First Commandment, "Thou shalt have no other gods before me," surely the most demanding and controversial of all God's commandments. But what is the kingdom and the righteousness which Jesus commands us to seek above all things?

Both Matthew and Mark emphasize that the kingdom is the heart of Jesus' message. His preaching began, "Repent, for the kingdom of heaven is at hand" (Matt. 4:17). That comes as both good news and bad news, since all seem eager for the kingdom to arrive but few are willing to repent. But to grasp Jesus' meaning, the Gospel of the kingdom follows closely after His victory over Satan in the wilderness of temptation. Jesus began His reign only after a struggle with and a victory over evil and sin.

The kingdom of God (which the liberals of the early 20th century talked so much of and knew so little about) is not a political regime, a social order, or a secular program. It is something for us to seek, but not for us to build. It is the reign of God in the hearts and lives of those who look to Jesus as the One who has defeated Satan, those who serve Him as their only Master in faith, repentance, and transformed lives. It is the "pearl of great price," and "treasure in the field" which we sell all to purchase. Ultimately this kingdom is the only thing that matters, the only thing worth having or worth knowing. LKW

After a bit more research, it appears that the 1928 BCP revisers were probably not using the RV after all.

AV (aka KJV) "Which of you by taking thought can add one cubit unto his stature?

RV "And which of you by being anxious can add one cubit unto his stature?"

ASV: "And which of you by being anxious can add one cubit unto the measure of his life?"

Our Prayer Book obviously was using the ASV.

The RV of the NT was published in 1880, being the work of British scholars. The American Standard Version was mostly an American tweaking of the British work differs only slightly.

There is no textual variant involved here. The Greek "helikian" can mean either age or bodily stature, so both translations are possible. The term "cubit," however, implies bodily stature, and so St Jerome rendered it in the Vulgata, with "staturam". Once again, the AV is probably correct.
LKW