The Invisible Anglicanism of CS Lewis 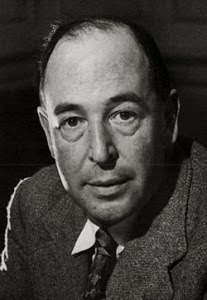 "Both readings, of course, miss the most basic fact of all about Lewis the Christian: CS Lewis was a conservative Anglican churchman. It’s perhaps fitting that amongst all the tributes, it the was the Anglican Alan Jacobs who made this point about Lewis’s identity while also drawing attention to its neglect amongst many of his readers." - See more at this link
Posted by Fr. Robert Hart at Tuesday, May 20, 2014

It seems an interesting (largely implicit) consideration of part of the matter of the second and also last two paragraphs of Mere Christianity.

A further question is as to the range of Lewis's address, there. For example, he speaks of the danger of someone being deterred "from entering any Christian communion". He also speaks of "anyone who is hesitating between two Christian 'denominations'."

He himself was someone baptized as an infant who apostatized before (as it turned out) gradually returning by a curious path including a distinct 'theistic' conviction prior to a full Christian confession.

Eight years earlier than that Preface, in a 1944 question and answer session at EMI which was written up and published, question 16 is, "Is attendance at a place of worship or membership with a Christian community necessary to a Christian way of life?", Lewis begins his answer (well worth reading in full), "That's a question which I cannot answer."

Is the Preface an advance in conviction on this? And 'what would Baxter say' (as a C of E deacon and royal chaplain persecuted by ecclesiastically-minded civil authorities, whose characterization 'mere Christianity' Lewis borrows)?