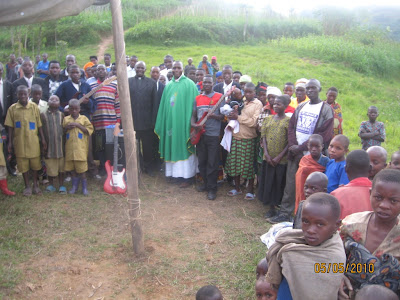 Why Rwanda? Is Continuing Anglicanism necessary there? The answer is, yes. The official Church of the Anglican Communion in Rwanda is committed to women's "ordination." Their American church, the Anglican Mission in America (AMiA), though itself refusing to "ordain" priestesses, "ordains" women as deacons, and mistakes that for the lay ministry of deaconess that existed in the ancient Church, and which Anglicanism had revived. True Apostolic ministry has been established however, with the Anglican Catholic Church (ACC) in that African country. Rwanda is still recovering from the fighting and mass killings that happened in the last decade of the twentieth century. Pray for the increase of the ministry, and for God's blessing and protection for His people there.
A couple of the many pictures mentioned in the following are posted below.

"Greetings from Kigali,
The attached are some of the photos from Bishop's Garang's visit in ACC Rwanda,
the people who were confirmed from St. Mark Rwanyakayaga, two people being laid on hands for confirmation, some of the confirmed people from St. Stephen with some friends and relatives who are also members of the church, Bishop Garang preaching sermon while Father Phanuel is interpreting at St. Mark All other pictures are about the ordination of deacons, signing the oaths, and father Phanuel with some Deacons, I apologize for some of the pictures which are not clear
Thank you,
Father Phanuel" 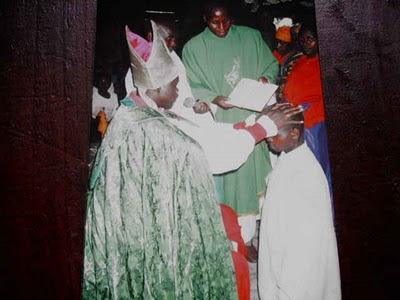 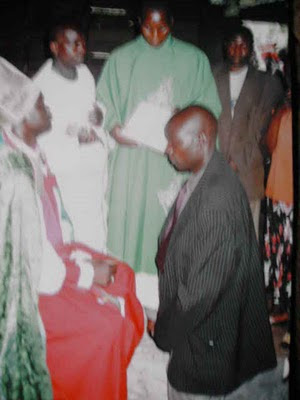 The AMiA is NOT orthodox and very marginally Anglican (they are actually more Methodist).

I agree, I ran into the AMIA and was blown away. An ACANA parish just started in my area, I looked into it. They are still fellow shipping with PCUSA congregations. The PCUSA is every bit as bad as the TEC aside for theological differences.