Normally we ignore the ECUSAn cult; but sometimes it is useful to remember the Egypt from whence our fathers were delivered, and see how it is led even now by the Zeitgeist (whose leadings they try to blame on the Holy Spirit).... 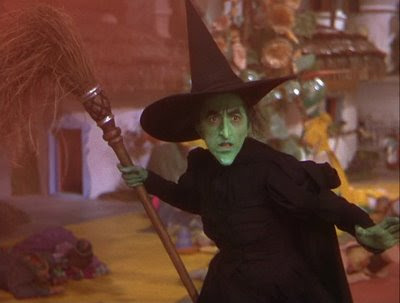 What's with their arbitrary and unfair bias towards the number two as in "two persons" and "couples?"

No surprises here. ECUSA/TEC departed from the Faith long ago. Some might say, it never held it.

It most certainly did hold the true Faith once, and that is what we Continue. We (in the United States, that is) are the real Episcopal Church, as opposed to the ECUSAn cult headquartered in N.Y.

Mrs. Schori is prettier than I had imagined!

Terminology question here. Aren't RC and EO churches "Episcopal?" I always wondered why U.S. Anglicans took that name since it's not the only thing peculiar to Anglicanism or the thing most peculiar to Anglicanism. I assume it's because in the context (1789 in the new country) almost everyone else was Presbyterian or Congregationalist and there weren't many other "Episcopals?"

Did you mean Maggot Gagger (double-G)?

I am not an Anglican, but I watch with sadness as a sister Christian community sinks deeper and deeper into extreme error. Speaking as a concerned outsider, what jumps out at me is that these folks never seem to have the integrity to simply leave the established group and go start their own group based on their own ideas. But I think they know at some level that they need the patina of antiquity to lure people in. So they have to stay where they are and devour an established community from the inside.

The Resolution quoted by Fr. Hart declares: "Until same-sex couples are accorded full marriage rights it is incumbent upon the Church to recognize their unions in an identical manner as opposite-sex couples and to give civil unions the same dignity and respect bestowed on opposite-sex marriages."

My question is a simple one: WHY is it incumbent upon the Church to recognize any such thing?

Have you noticed, this basic point is NEVER explained in any of the heterophobes' political propaganda? Instead, such "arguments" always rely on an unsupported assertion of "marriage rights" or "full marriage rights", as though such rights are unquestionably in existence, when in fact it is the existence vel non of such rights that is the question now being put to the body politic.

(Or, in many jurisdictions, that is carefully withheld from the body politic because the sponsors of the notion are afraid of its rousing denial by the voters. So they prefer to seek the changes they wish at the hands of irresponsible judges -- "irresponsible" here meaning "not subject to being held responsible for their acts".)

It is my position that persons of homosexual preferences already possess precisely the same right to marry as do the rest of us. They have simply chosen not to exercise that right and wish, instead, to create something new, misappropriate the existing name for their new creation, and then foist the result off on the rest of us.

But their unwillingness to enter into actual marriages is no reason for us to muddy up the historic concept of marriage by confusing it with fruitless (in the literal sense) shack jobs.

It is very confused "reasoning", and utterly contrary to all of legal history, to assert with a straight face that because someone wishes to do something, particularly something of purely private enjoyment and of no public benefit whatever, he therefore has a right to do it. The prisons are filled to overflowing with thieves and murderers who follow that form of "reasoning" in their everyday affairs.

"I am tempted, therefore I am entitled" summarizes this position.

There would be less confusion if we remembered that the original name of the body in question -- and still its legal name, as evidenced by the captions of the numerous lawsuits it has filed within the past year -- was and is "the Protestant Episcopal Church in the United States of America".

"I am tempted, therefore I am entitled"

Nice formulation of the basic error here, an error that spreads widely through theology and thus poisons many wells.

I (as I've openly testified here) am so tempted, and know that I am not so entitles. In a similar conversation with a priest friend, he admitted frankly that he, as a 'straight' man. was tempted by some of the prettier young ladies - and that he was not therefore entitlerd to follow through on those desires. Temptation is not in itself sin, but neither is it a license to go ahead and sin. The 'apple' of Genesis 3 is a wonderful descrition of just that dynamic. It was always going to be very attractive, but that appeal had nothiung whatever to do with the licitness of eating it.

It will, I'm sure, lead to more Christological error, too. If gender doesn't matter for Holy Orders or Holy Matrimony, then, they will say, it doesn't matter for the persons of the Trinity, or the nature of the relationship between Christ and the Church. And so on. By reducing the sacraments and the Church to something man-made, rather than something ordained by Christ, they've caused the whole house to come a-tumblin' down. But at least they still have pretty music and vestments. Right?

And they've got good doughnuts, Shaughn. You forgot the doughnuts.