Apparently I failed to hit the “publish” button before today Fri. Aug. 4). My apologies. I wish they wouldn’t change formats!
Click here for the link to the video service and sermon.
Posted by Fr. Robert Hart at Saturday, August 29, 2020 No comments:

MORAL THEOLOGY in application.
The political pendulum doesn’t change issues of morality and justice. It was wrong for Obama to assist the war crimes of the Saudis: That doesn’t make it right for Trump to continue (and intensify) assistance. It was wrong for Obama to put children in cages. That doesn’t justify Trump continuing (and greatly intensifying) it. It was wrong, speaking as a pro-life Christian, for Obama to sign into law each year budgets that added funding to Planned Parenthood, resulting in the predictable rise of abortions. It is also wrong for Trump to keep doing the same (which he has done each of his four years in office) resulting in an even further rise in the number of abortions reported by Planned Parenthood under his watch - despite his empty words that impress uninformed pro-life voters (even now I see your faces turning red as you try to head to the State of Denial). As for proper help to the poor, for basic essentials such as food, housing and healthcare: We have the programs, but neither party is trying to make them work effectively. It’s all about having issues every two, four, and six years respectively, depending on which office a politician is running for: It’s about appealing to that voting base, and not about solving the problems that lose them their issues to run on.
Morality and justice are actually consistent realities that cannot change. As long as Democrats and Republicans refuse to hold their Presidents and legislators to actual principles, America will remain an unjust country that must answer to God like Sodom and Gommorah. Stop playing politics with justice. Whoever wins in November, stand by your God, not by your party.
Posted by Fr. Robert Hart at Friday, August 21, 2020 3 comments: 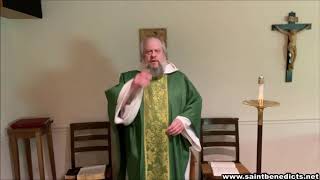 CLICK HERE for the sermon
Posted by Fr. Robert Hart at Saturday, August 08, 2020 No comments: 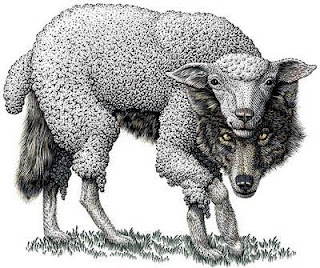 EIGHTH SUNDAY AFTER TRINITY  Click here for the link