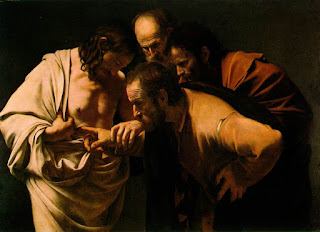 In recent years it has become fashionable to produce documentaries that simply omit the resurrection of Christ when attempting to provide information about Christian history. It is not enough for such businesses as The History Channel to refrain from presenting the resurrection of Jesus Christ as a fact; they refuse even to acknowledge the historical fact that the Apostles preached the resurrection of the Lord from day one, and did so as eyewitnesses and eventually as martyrs. The most glaring example I have seen was one documentary about Jesus, which aired on Holy Saturday night in 2015 (and will probably air again). It seemed to be not bad until the end. In the closing moments, as the credits were appearing on the screen, the viewers were left with Christ dying on the cross just outside of . The narrator finished the script by telling us that it was the message of Christ’s public crucifixion that gave Christianity its start and a strong enough popular appeal that it could take root and spread.

In fact, a message about yet another Messianic claim that ended in the death of the claimant would have ended up like all the others, forgotten to all but a few very knowledgeable historians who deal in the most trivial factoids of antiquity. Certainly we would have nothing called “Christianity,” no such thing as the Church, and no historically significant knowledge of the Rabbi, Jesus of Nazareth. His followers would all have scattered and returned to making a living, hoping not to be identified with that embarrassing younger period of having followed Jesus.

Furthermore, the death of the cross, far from attracting anyone to form or join a movement, was seen as shameful. As wrote about the cross:
“For the preaching of the cross is to them that perish foolishness; but unto us which are saved it is the power of God. For it is written, I will destroy the wisdom of the wise, and will bring to nothing the understanding of the prudent. Where is the wise? where is the scribe? where is the disputer of this world? hath not God made foolish the wisdom of this world? For after that in the wisdom of God the world by wisdom knew not God, it pleased God by the foolishness of preaching to save them that believe. For the Jews require a sign, and the Greeks seek after wisdom: But we preach Christ crucified, unto the Jews a stumblingblock, and unto the Greeks foolishness; But unto them which are called, both Jews and Greeks, Christ the power of God, and the wisdom of God. Because the foolishness of God is wiser than men; and the weakness of God is stronger than men. (I Corinthians 1:18-25).”

However, why is it “Christ the power of God, and the wisdom of God” to all who believe? For that we look again at ’s First Epistle to the Corinthians.

“Moreover, brethren, I declare unto you the gospel which I preached unto you, which also ye have received, and wherein ye stand; By which also ye are saved, if ye keep in memory what I preached unto you, unless ye have believed in vain. For I delivered unto you first of all that which I also received, how that Christ died for our sins according to the scriptures; And that he was buried, and that he rose again the third day according to the scriptures: And that he was seen of Cephas, then of the twelve: After that, he was seen of above five hundred brethren at once; of whom the greater part remain unto this present, but some are fallen asleep. After that, he was seen of James; then of all the apostles. And last of all he was seen of me also, as of one born out of due time. For I am the least of the apostles, that am not meet to be called an apostle, because I persecuted the church of God. But by the grace of God I am what I am: and his grace which was bestowed upon me was not in vain; but I laboured more abundantly than they all: yet not I, but the grace of God which was with me. Therefore whether it were I or they, so we preach, and so ye believed (15:1-11).”

Christ crucified and Christ risen is one message, one Gospel. A Christ crucified, with the story ending at His brutal death, is not the full message. A Christ risen, without the death of the cross, is not the full message either. And, the Lamb of God Who takes away the sin of the world, thus paying the full price of all human sin by the one offering of Himself, only cures one part of our terrible condition, namely the guilt of sin that causes estrangement from God. We need as well the risen Christ, the One who has conquered death itself, so that we may receive of His eternal life, never again subject to death when He comes again and makes all things new, just as He is never again subject to death.

NOT AN UNSOLVED MYSTERY STORY
At this point I must state my objection to using the popular phrase “The empty tomb.” Just as the Church would never have taken root and spread if the story ended simply with Christ’s crucifixion, so too had it ended only with an empty tomb. The empty tomb is the question; the appearances of the risen Christ to His chosen eyewitnesses answers that question. After all, unbelievers spread the story of the body being stolen – a story that makes no sense in light of the privation and persecution to the death that would have brought an end to any con game. Nonetheless, even St. Mary Magdalene had a mistaken explanation for the mystery of the empty tomb, and that after hearing from angels.

“Then the disciples went away again unto their own home. But Mary stood without at the sepulchre weeping: and as she wept, she stooped down, and looked into the sepulchre, And seeth two angels in white sitting, the one at the head, and the other at the feet, where the body of Jesus had lain. And they say unto her, Woman, why weepest thou? She saith unto them, Because they have taken away my Lord, and I know not where they have laid him.  And when she had thus said, she turned herself back, and saw Jesus standing, and knew not that it was Jesus. Jesus saith unto her, Woman, why weepest thou? whom seekest thou? She, supposing him to be the gardener, saith unto him, Sir, if thou have borne him hence, tell me where thou hast laid him, and I will take him away. Jesus saith unto her, Mary. She turned herself, and saith unto him, Rabboni; which is to say, Master. Jesus saith unto her, Touch me not; for I am not yet ascended to my Father: but go to my brethren, and say unto them, I ascend unto my Father, and your Father; and to my God, and your God.  Mary Magdalene came and told the disciples that she had seen the Lord, and that he had spoken these things unto her (John 20:10-18).”

No. We don’t preach some mystery of the empty tomb. We preach the risen Christ, seen by eyewitnesses; indeed, eyewitnesses who gave their whole lives to hardship, persecution and the death of martyrdom to make us know the certainty of their faith.

Let us stand together and recite the words we see in the Book of Common Prayer on page 162 and 163:


CHRIST our Passover is sacrificed for us : therefore let us keep the feast,


Not with [the]* old leaven, neither with the leaven of malice and wickedness : but with the unleavened bread of sincerity and truth. 1 Cor. v. 7.

HRIST being raised from the dead dieth no more : death hath no more dominion over him.
For in that he died, he died unto sin once : but in that he liveth, he liveth unto God.
Likewise reckon ye also yourselves to be dead indeed unto sin : but alive unto God through Jesus Christ our Lord. Rom. vi. 9.

HRIST is risen from the dead : and become the firstfruits of them that slept.
For since by man came death : by man came also the resurrection of the dead.
For as in Adam all die : even so in Christ shall all be made alive. 1 Cor. xv. 20.


As it was in the beginning, is now, and ever shall be: world without end. Amen.]*