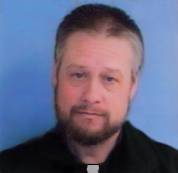 Not being present to exorcise every monitor and computer, I have included my mug shot in hopes that it may frighten away evil spirits. A few days ago Albion contacted Fr. Matthew Kirby and me to see if we would take a more active role in the Continuum Blog. So far, I have taken the time to create what bloggers call a profile (see below, under “Contributors”). In the days ahead I look forward to postings from Fr. Kirby that will present, for your education and information, things that he has written already, and that need only his editorial work so that they will be “bloggable” instead of merely readable (all that formatting stuff).

I plan to write apologetic responses for why Anglicanism, when rightly practiced, is a valid alternative within the One, Holy, Catholic and Apostolic Church, and that we have- as you may be expecting me to say- valid Orders. That second part is easy to do, since it has been done very well already by the Archbishops of England in 1897 (in Saepius Officio) and then by Dom Gregory Dix in 1945 (The Question of Anglican Orders: Letters to a Layman). The problem is, we get exhausted trying to answer the same objections over and over again. No sooner have we made a point, by commenting on other blogs, then we find that we must make it again, and again. Our defense of Anglican Catholicism meets with repetition instead of refutation. Enough of this tiring business (not that I have been able to give it much time at all in the last several months). From now on, we will make our own position statements, and let others respond to us.

I have good friends who are in the larger Catholic Church, not to mention two brothers- one Orthodox and one Roman Catholic- both of whom I love and respect. Indeed, we get along very well, with more that we agree upon then our few, indeed very few, disagreements. Indeed, the Catholic mind has a common focus, namely the Incarnation. From that we understand the Church and its sacraments as having within her, by the Holy Ghost, the ministry of salvation that God has revealed. We have Protestant friends whom we see as brothers in a common faith in Jesus Christ; with them we can have ecumenical dialogue and many areas of common purpose. Yet honesty requires us to acknowledge that Protestant theological systems are, we believe, impossible to bring into any genuine unity, either with each other or with the Catholic mind. By that, I mean structural and practical unity, the kind that still eludes us, but that can be achieved when the few details are separated from the distracting ones, (probably not to happen in our life time).

I have a few friends whose names are well known, who do not agree with my defense of Anglicanism as a valid way to be Catholic. I am indebted always to my friend Dr. William Tighe, an Eastern Rite Catholic, for the many ways that he clarifies issues and presents facts. And, he is not an Anglican at all. That does not diminish our friendship and mutual respect in any way. In addition to my brother Addison, David Mills (the Editor of Touchstone) became Roman Catholic in, as I recall, 2001. Recently, Al Kimmel, the Blog master of Pontifications and a former Episcopal priest I have known for almost twenty years, also jumped into the Tiber. Yet I remain convinced of the rightness of the Anglican Way, as much as was our late friend Fr. Louis Tarsitano. What the above-mentioned former Episcopalians have in common is that they experienced the fight within ECUSA, and that was the Anglican world as they lived in it. I understand that very well, because I once lived there too. Like them, I needed to escape a limbo where one was in a church that was no church, that had possession of the name, assets and properties of the Episcopal Church. I came to my senses and left the ECUSA (back in 1997) thanks to Bishop Joel Johnson of the Diocese of the Chesapeake, just as these others came to their senses and found the Church of Rome to be their home. And, I have no reason to think their decision wrong. Indeed, I am very glad for it.

Also, I respect the convictions of Low Churchmen, even though I disagree with them. I have enjoyed exchanging thoughts with Dr. Peter Toon, especially on matters in which we do not agree. Plenty of good men see things differently than we do, and they have my respect.

However, I will begin to post my apologetics for the Catholic validity of our Anglican Way. But, the real enemy is the spirit in ECUSA, the spirit of Antichrist that opposes the truth of the Gospel and seeks to create a new religion altogether. My friends who swim in the Tiber are in a perfectly good place; but I believe that I too am in a good place (to be very specific, the Anglican Province of Christ the King). All I hope to do is try to defend the Anglican Way, as we know it in the churches that have sprung from the Affirmation of Saint Louis, as a true Catholic alternative. So, in the coming days look here for information, and challenging thoughts.
Posted by Fr. Robert Hart at Monday, April 24, 2006

If I might be permitted to indulge in a little tongue-in-cheek, you and your brothers have struck on a wise strategy. If perchance, God only lets one of the three Traditions into heaven (RC, EO or Anglican) then your family will definitely get at least one person in. At that point, the one who gets in can put in a good word for the other two. If, however, the Protestants are right, then you guys are pretty much screwed.

On a more serious note, I am glad that you and Fr. Kirby will be more formally affiliated with this site. I have enjoyed your contributions thus far.

Hi. I am in total agreement with everything you ever thought,said, or wrote. I too have been baffled on numerous occasions by the outright hostility of traditionalist Roman Catholics and those faithful Anglicans still in ECUSA, or in some other Anglican province still in communion with Canterbury.

I think I have figured it out though. They are angry with us because we will not join with them in their answer to ECUSA's apostasy. They long for us to fortify them and swell their numbers. They conveniently ignore the fact that we left the ECUSA mess almost three decades before they finally wised up.

For a time I was a participant on the blog of the "Anglican Use" Roman Catholics. When I refuted some of the more disparging assertions made about the Anglican Catholic Church and explained the causes of the two major schisms from that body, they went wild. I finally withdrew my membership after some of the participants sent me personal emails of an insulting nature.

As you stated in your essay, they did not refute what I wrote, they were merely repetive in their own assertions.

I finally realized that they were desirious of us joining them because it is their one hope of getting an Anglican Rite authorized from Rome. Any comments from me about the conciliar concept of church polity, or the defective Roman Novo Ordo liturgy, or (and this really set them off)the take over of several American Roman Catholic seminaries by the organized homosexual movement brought forth a flood of abuse directed at me in a very personal way.

I look forward to a more reasoned dialog here.