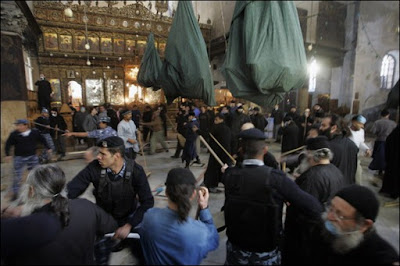 The Church of the Nativity is built on the site where Christians believe Jesus was born in a stable more than 2,000 years ago after Mary and Joseph were turned away by an inn.
Albion Land at Thursday, December 27, 2007