The burden of the word of the Lord 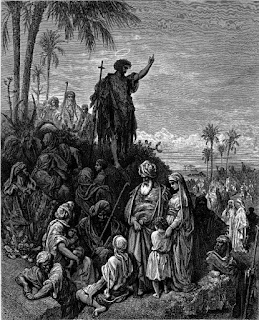 “The prophet is a fool, the spiritual man is mad, for the multitude of thine iniquity, and the great hatred.” Hosea 9:7

What might I say about my country, at this time, if I were a fool and mad? I think something like this:

The Lord spoke a word in my ear, and kindled a fire in my bones: Cry out and say,
“I have looked, I have seen. I will have blood for blood for all the innocent blood that is shed.”

Do not trust in technology and wealth anymore, neither in might and in weapons. In a flash and an instant these will all be taken away, and we will be left exposed to the forces of nature. Innocent blood of infants in the womb is shed because of profiteers greedy for gain. Blood of innocent people in foreign lands is shed for the greed of our military industrial complex. Our officials are mad. The North Atlantic Treaty is a snare. Our government is in a drunken stupor. The call to arms, the lust for war, the charge into battle, are all a sword that will strike at our own side. The blood that will flow will not bring profit or wealth anymore, not to the slayers of infants, not to our military industrial complex, not to politicians bought and paid for. For all their plans to profit will be to their own destruction, and to the falling of the empire that strikes fear throughout the earth.

Make war if you desire; but the Lord will not be with our troops for victory. Go forth to battle, but do not ask the Lord’s blessing; rather cry, “Woe unto us. We battle not for justice, and not in defense of freedom, but in lust for conquest that we might rule all the earth for profit. And we cannot prevail.”

Those are things I could picture myself saying, if I were a fool or mad - as Hosea said.
Posted by Fr. Robert Hart at Thursday, October 13, 2016