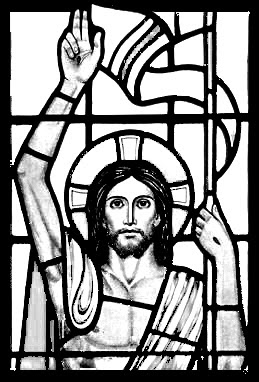 
7: And he will destroy in this mountain the face of the covering cast over all people, and the vail that is spread over all nations.


8: He will swallow up death in victory; and the Lord GOD will wipe away tears from off all faces; and the rebuke of his people shall he take away from off all the earth: for the LORD hath spoken it.

1: Moreover, brethren, I declare unto you the gospel which I preached unto you, which also ye have received, and wherein ye stand;


2: By which also ye are saved, if ye keep in memory what I preached unto you, unless ye have believed in vain.


3: For I delivered unto you first of all that which I also received, how that Christ died for our sins according to the scriptures;

None is better known than Isaiah’s Suffering Servant passage:

5: But he was wounded for our transgressions, he was bruised for our iniquities: the chastisement of our peace was upon him; and with his stripes we are healed.


6: All we like sheep have gone astray; we have turned every one to his own way; and the LORD hath laid on him the iniquity of us all.


7: He was oppressed, and he was afflicted, yet he opened not his mouth: he is brought as a lamb to the slaughter, and as a sheep before her shearers is dumb, so he openeth not his mouth.


8: He was taken from prison and from judgment: and who shall declare his generation? for he was cut off out of the land of the living: for the transgression of my people was he stricken. (Isa. 53: 5-8)

The One Righteous Man, Himself without sin, dies as the One True Sacrifice, the Atonement- the One for the many. Therefore our sins can be forgiven without God violating His holiness and His justice.

It goes on to predict His resurrection, saying of the Suffering Servant who has died in this manner:

9: And he made his grave with the wicked, and with the rich in his death; because he had done no violence, neither was any deceit in his mouth.


10: Yet it pleased the LORD to bruise him; he hath put him to grief: when thou shalt make his soul an offering for sin, he shall see his seed, he shall prolong his days, and the pleasure of the LORD shall prosper in his hand. (Isa. 53: 9,10).

How does a dead man prolong His days, and become the agent of God’s pleasure (that is His will) unless He overcomes death, and lives to prolong His days? He died, and made His grave with the wicked, that is, He was dead the same way that all men die. Except that He alone is not wicked, and died paying the penalty that He did not owe. And, after dying He prolongs His days forever and accomplishes His Father’s will. This happened according to these predictions. They are fulfilled in Jesus Christ.

Fulfilled also is the 16th Psalm, as quoted often throughout the Book of Acts:
9: Therefore my heart is glad, and my glory rejoiceth: my flesh also shall rest in hope.


10: For thou wilt not leave my soul in hell; neither wilt thou suffer thine Holy One to see corruption.


11: Thou wilt shew me the path of life: in thy presence is fullness of joy; at thy right hand there are pleasures for evermore.

The resurrection on the third day came before His flesh could see corruption.

The third of ’s Gospel points is that He was buried. In the sermons in the Book of Acts, both those of Peter and of Paul, His burial is proclaimed, and, as we have seen, this too was foretold by Isaiah. His burial is important, because His death was certain. It was a fact that he died on the cross.

The resurrection showed that He was not a lunatic, or a devil, but our Lord and our God. Remember what C.S. Lewis wrote, that Jesus was not a “great moral teacher.” “He did not give us that option; indeed, He did not mean to.” Either He was a lunatic, a very devil of Hell, or He was the Lord our God. His resurrection proves which of these three is the truth. It vindicates all that He had claimed about Himself. When He claimed to be God, equal with the Father, He is vindicated by the fact that He rose from the dead. “Before Abraham was, I AM.”  “I and My Father are One.”

And when He rose, He appeared to witnesses. This last point is essential, because the appearance to witnesses is how we know. This testimony is sure and certain evidence. The witnesses of His resurrection, the Apostles and the Five Hundred disciples who met with Him on the mountain in , did not go on to become rich Television preachers. They became wanted men, fugitives. Their lives were lives of suffering. Peter and John were beaten and imprisoned. James, the brother of John, was slain with the sword. Peter was imprisoned and he expected to be executed. The early Church was persecuted, first by their own people, their fellow Jews, and then by the Romans. The testimony of those witnesses makes the resurrection of Christ a fact of history, recorded by eye-witnesses that He was alive again. It is more than mere myth or even simply an “article of faith.” Most of the apostles were skeptics at first, not only Thomas. Indeed, people may experience a group delusion; but never a group hallucination. That is as impossible as a group of people all having the same dream. It does not happen. The fact is, they saw Him alive again, and, rather than recant their testimony, they submitted to death by various means.

The very fact that the Church survived its earliest years is proof that the witness was true. The Greek word for witness is martyr. The fact that we are here as part of the Church, the Church that is throughout the whole world, proves that we are founded on a rock, a sure foundation, testimony signed in martyr’s blood. This is part of our nature as the Church.

The Church remains a living witness, and life in the Church is a partaking of martyrdom, of the Church’s witness in a hostile world. No matter how comfortable we may feel in this country, let us never forget that the Church is an army of martyrs, and that we may find ourselves called to walk the path of the witnesses. But, death is the one thing we need never fear.

We know that when He returns in Glory, we shall be raised from our graves as well, and His immortality shall be given to us. Death has been defeated, and when he comes again it will be destroyed.

1: Behold, what manner of love the Father hath bestowed upon us, that we should be called the sons of God: therefore the world knoweth us not, because it knew him not.


2: Beloved, now are we the sons of God, and it doth not yet appear what we shall be: but we know that, when he shall appear, we shall be like him; for we shall see him as he is.

We seek to become pure and holy, not simply out of fear. We press on to the life of following Christ in the calling all Christians have- to become saints- out of hope. Christ rose from the dead, the first fruits of them that slept. When He comes again the harvest of the resurrection will follow the pattern of the first fruits, and death shall be swallowed up in victory, and the Lord God will wipe away tears from off all faces.

Growing up I heard that phrase "according to the scriptures" countless times, yet I never thought to consider what it really meant. It never occurred to me that a book which we now know to be part of scripture would not have been referring to itself, but to something older.

Oddly enough I had a discussion with someone last night who seems to think nothing in the Nicene Creed is biblical. I wish I had read this posting yesterday.