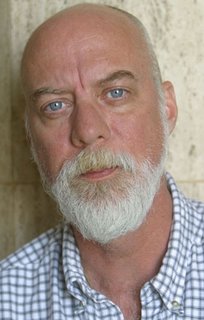 For more than a year I have actively participated in discussions on other blogs, and often felt frustrated by never being able to bring up myself a topic that came to mind.
That is now behind me, thanks to Google and blogger.com.
Like most blogs, The Continuum has a purpose, and I heartily welcome all who choose to participate within that framework. That said, I envision there will be times when discussion goes a bit off-topic, or even way off-topic. No problem as far as I am concerned, as long as people are civil.
A bit about myself.
I call myself a genetic Anglican, as I was born to parents who were both Episcopalian. I was born into, baptised and confirmed into what was then called the Protestant Episcopal Church of the United States of America, and now has a name I dare not utter.
Now, at nearly 55, I have been here, there and just about everywhere geographically. I have been on the lovely Mediterranean island of Cyprus for the past five years, where I work as a wire journalist and my Spanish wife, Susana, teaches ... Spanish. Daughter Andrea, 16, is a budding actress and son, Winslow, has just officially become a teenager.
I'll have a good deal more to say about my churchmanship in due time. For now, suffice it to say that I have resolved to depart from the Anglican Communion of my birth as a result of the nonsense of the past couple of years, and the even more serious problems that have led to that.
Suffice it to say that however narrow it looks, the Bosphorus was too wide for me to swim, while there was a watergate on the Tiber than repelled me.
So come aboard my little barque, and let us see where the current will take us.
Posted by Albion Land at Saturday, November 12, 2005

Anonymous said...
This comment has been removed by a blog administrator.
1:58 PM

You can see I am learning. I just posted my introduction twice.

Albion,
Greetings and welcome to blogging! It's about time. I've put out the word about your blog and certainly look forward to checking in.

the Bosphorus was too wide for me to swim, while there was a watergate on the Tiber [that]repelled me.

Hi, Albion. I'll be interested to hear you expand on this, when you choose to.

Welcome to the world of bloggery Albion!

I look forward to hearing your reflections on navigating an Anglican course.

remember, blog takes care of you